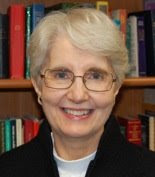 Now that the wise men have arrived at the stable, the nativity scene is complete. Or is it? We have the baby in the manger, Mary and Joseph, a few animals, and the shepherds standing by. This picture comes from the gospel of Luke. Today we celebrate the journey of the magi to find the baby in Bethlehem. This story comes from the gospel of Matthew. Our nativity scene is built around the birth narratives in these two gospels, but there is more to the Christmas story, because Jesus has been born again and again in nativity scenes around the world for centuries.

There is a tradition in the city of Naples in Italy to expand the nativity scene to reflect the birth of Jesus into the whole world. The baby Jesus and the Madonna have a central position in the scene, but there are other interesting figures as well. Since Mary and Joseph were of the working class in Galilee, these nativity scenes include ordinary people of Naples. For example, it is acceptable to place a farmer’s wife cooking spaghetti next to the three magi.

The tradition of creating large nativity scenes has flourished over the years. Today there are numerous shops in Naples selling figures and objects for nativity scenes. In the local museum, you can see the largest nativity creation. It contains eighty animals, several angels, about four hundred and fifty miniature objects and one hundred and sixty–two people, including politicians, celebrities and a pickpocket. The most popular miniature figure found in nativity scenes this Christmas is Barak Obama.

You may find this idea of everyday figures in the nativity scene inappropriate or even outrageous, but there is an element of truth in these overcrowded nativity scenes. Although we picture the nativity in an ancient setting, the birth of Jesus should not be trapped in a time and place two thousand years ago. The presence of Jesus in the world has continued as the world has changed. If we confine his nativity to a small window, we may not see the universal application of the Christmas story.

We may want to create an idyllic and peaceful scene of a few figures in a stable, but we are told in the scriptures that the reason the baby was lying in a manger was that the town of Bethlehem was overrun with people forced to travel to fulfill the census of the Roman occupation. Jesus was born into the chaos of humanity. Among the people pouring into Bethlehem, there were Roman soldiers, merchants, labourers, slaves, and probably a few pickpockets, women, children, old people and infants, people of many races and many religions.

Into this overcrowded town, came poor shepherds on a quest to find a special baby in an animal stall. People would hardly notice them. They would melt into the crowds. But people might notice three or four wealthy men in exotic robes. Obviously they were travelers from far away, perhaps from Persia, men of learning, magicians, followers of a religion which saw prophecy in the stars. In our two  biblical narratives, we have the message that God sent Jesus to the world as it was, a world as diverse and fragmented and violent as our world today.

We can picture Mary and Joseph and the baby and the shepherds and magi, but also we can picture fishermen, carpenters, scribes, High Priests, Roman Generals, tax collectors, prostitutes and beggars who peopled the times and places where Jesus was born and preached and died. God sent Jesus to all those people. As the centuries past, the nativity of Jesus was a constant reminder that Jesus was sent to bring wisdom and hope and love to all people.

So why not put more figures in the nativity scene? Why not put the rich and the powerful, the poor and the powerless, the famous and the forgotten, those who seek God and those who ignore God in their daily lives? The list of possibilities is endless. It is something for us to ponder. In our world today, who would you place in the nativity scene? a loved one, a sick friend, an Olympic athlete, your favourite actor, or maybe someone who needs God’s love right now. The nativity scene continues to be a constant reminder to generations of people, whether they are church-going Christians or not, that the message of Jesus transcends the diversity of human society. The birth of Jesus is about God coming to us, here and now, reminding us that we are loved by God, and because we are loved by God, we are called to care about God’s world.

In the most recent issue of MacLean’s magazine, there is an article entitled, “The Recession that saved Christmas.” As we all know, the global economy is on a downward slide. People are worried about their jobs, their savings, their investments, their financial future. The retail business was prepared for a decline in revenue as people were less willing to spend lavishly on gifts this holiday season. Some people concluded that the recession would make Christmas far from merry, but there has been an increase in the Christmas spirit. “…with tough times comes and opportunity to reimagine the holiday. There are many who see this as the recession that saved Christmas, a chance to scale back the spending and search out the optimism of our inner Tiny Tims.”

Christmas is about hope in the face of adversity. Christmas is about giving of oneself to others, whether that be the time and effort to make a special gift, or to console a friend, or to share a meal. Christmas is about giving to others, and it seems that the recession has not dampened our generosity.  “…a recent poll found 82% of Canadians plan on giving as much or more to charity as they did last year…It’s not the Canadians are out of touch with the financial crisis; to the contrary, 65% say the economic downturn has made them more likely to help the less fortunate.”

In the months ahead, there will be hard times for many people in our community, in our nation and in places where people already live in poverty. Let us carry the Christmas spirit and God’s love into our world now, and throughout the new year. Imagine who is in your nativity scene. As Christians, we all have a part to play in this nativity story in this 21st century. Epiphany is about revelation. The magi saw God revealed in the heavens and in a child born into a chaotic world. We need to see God revealed in our chaotic world, to thank God for the promise of this holy child, and to do our part in sharing God’s message of hope and love to all people.