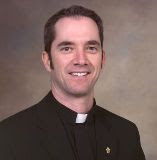 All is well, safely rest

Occasionally, on an especially bright morning in the springtime, the smell of flowers from some distant field would find its way into that squalid place and the boy would wonder about that strange scent. But the sweet smell of grass and flowers did not seem real to the boy. What seemed real was the stench of that city, and the garbage, and the peeling paint, and the poverty of the people. The noise of the traffic, the rumble of cars and trucks, these the young boy could believe in, but as for that ribbon of blue sky, he soon ceased wondering about that, for clearly nothing that beautiful could be real. And as for the fresh air of springtime and the smell of flowers, they must merely be some illusion, some fantasy from a world of dreams.