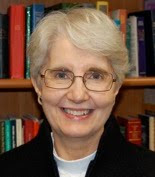 The Gospel of Nicodemus, a dialogue between the Devil and Death

‘Who is the King of Glory?’

The people shouting ‘Hosanna!’ on the road to Jerusalem believed that Jesus was the King of Glory. Jesus would bring glory again to the nation of Israel. Jesus would overthrow the Roman oppressors. The people were shouting ‘Hosanna’, which means ‘Save Us!’ They wanted Jesus to be their warrior king like David. To them, evil was the cruelty of the Romans and the hypocrisy of their religious leaders. To them, death was the only certain answer to their lives of hardship and hopelessness, but here was God’s Messiah entering Jerusalem on the foal of a donkey like the prophet Zechariah had predicted. This Jesus of Nazareth would bring salvation to God’s chosen people.

Jesus understood their hopes and expectations. He knew that they longed for freedom and prosperity. He also knew that they would be disappointed because that was not his mission. His mission was to renew their relationship with God, and to draw them back to God’s commandments to love God and to have compassion for all people. As Jesus entered Jerusalem, he was facing the two greatest fears of humanity – the fear of evil and the fear of death. The jubilant people around him had no idea that their demonstration of defiance toward the religious and political authorities would bring certain death to Jesus. They could not imagine that God’s Messiah would be savagely beaten and mercilessly crucified, but Jesus knew what would come in Jerusalem.

He wept in the Garden of Gethsemane because he was human, and he knew that his death would be agony. It was not death that he feared. He feared the hardness in men’s hearts, which justified such cruelty. By riding into Jerusalem, Jesus challenged the power of evil and the fear of death to control humanity. That was his gift of salvation. He gave the people hope that evil could not overcome God’s goodness, and that death could not blot out God’s presence.

In his ministry, Jesus healed the sick, the blind, the deaf – all manner of human bodily weakness. He demonstrated that physical pain and suffering could be healed by God’s mercy. He confronted the vulnerability of human hearts to greed, hatred, cruelty and injustice. With his compassion for the beggar at the gate, his friendship for the tax-collector, his forgiveness for the prostitute, he reminded the people that God’s love is not bound by human laws, and yet the people did not understand. They did not understand that Jesus would give them salvation for their souls, salvation from the power of evil and death to control their hearts and minds.

Jesus does not ask us to be heroes on our own; he asks us to choose God’s way. He did not choose to be a hero to the crowds who shouted ‘Hosanna!’, as he entered Jerusalem; he followed the path chosen for him by God. The famous American writer, F. Scott Fitzgerald, once wrote, ”Show me a hero and I’ll write you a tragedy.” As Jesus entered Jerusalem, many Israelites saw Jesus as their hero, but as events unfolded, they saw only tragedy for themselves and for this preacher from Nazareth. In their life of hardship and despair, the people quickly became disillusioned. To them, Jesus would be another dead hero on another cross by the city gates. Jesus of Nazareth had shown such promise as a healer and teacher. He even had power over death to raise Lazarus from the tomb, but his power seemed no match for the hatred and injustice of human authorities.

We Christians of the 21st century honour Jesus as a hero, because he rode into Jerusalem with courage knowing that injustice and certain death awaited him. He entered Jerusalem because it was God’s will that he confront the powers of evil and death for the sake of God’s humanity. We can imagine why the Devil would tremble to meet this human being whose power was rooted in his devotion to God. To the people in the streets of Jerusalem, the story of Jesus would turn from triumph to tragedy on the cross, but to generations of Christian disciples, the unexpected ending is God’s glorious beginning.