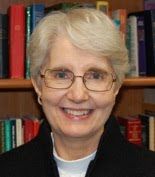 On this fourth Sunday of Advent, we prepare for the celebration of Christmas by reading scripture and singing about the miraculous events surrounding the birth of Jesus. As part of this sermon, I will add another musical composition, which I believe appropriately heralds the birth of the Messiah. The music is a fanfare, which is a traditional way to announce the arrival of an important person, but this music has the title, ‘Fanfare for the Common Man.’ It was composed in 1942 by the American composer, Aaron Copland, to honour the cause of freedom for all people.

You may question why I believe this fanfare is suitable to honour the birth of Jesus. Jesus was an uncommon man, an extraordinary human being, the Son of God. In our Christmas celebrations we tend to emphasize the divine aspects of his unusual birth.

We remember the visit of the angel Gabriel to young Mary to announce to her that she will bear a male infant by the power of the Holy Spirit, and that child will be God’s Messiah. We sing about the appearance of angels in the sky over a lonely hill to announce to ordinary shepherds that a child born in Bethlehem will be the Saviour of the world. We marvel at the story of the strange Magi who follow a path of an unusual star because they believe it foretells the birth of a great king. We read again and again the wonderful stories of extraordinary events which surround the birth of Jesus, and we forget that Jesus was a human child, made of flesh and blood, fragile and vulnerable like millions of infants born before and since he came into the world.

We believe that Jesus was both fully human and fully divine. It is a mystery, which belongs to God, and like many acts of God, we cannot comprehend it fully. God wanted Jesus to live a human life, an ordinary human life experienced by ordinary people. We know that Jesus was not born in a palace with the protection and comfort of wealth and power. He was born into a common, Hebrew family making the best of their circumstances, living with the turmoil of mass migration, the hardship of political oppression and the danger of racial prejudice. Jesus came into the world as a common male child; this was God’s plan. Only Mary his mother knew in her heart that the infant Jesus was an uncommon miracle.

Over the centuries, Christian belief in Jesus has emphasized his divinity, sometimes purposely diminishing his humanity. Doctrines and teaching in various branches of Christianity have developed in relation to his divine identity and mission. These interpretations of Jesus often have resulted in divisive arguments and fragmentation of the Christian faith, forgetting that all Christians are one body with Jesus in our shared humanity.

At about the same time that Aaron Copland was composing the ‘Fanfare for the Common Man’, Dietrich Bonhoeffer, a Lutheran pastor and theologian, was preaching against Nazism in Germany, and urging his fellow citizens to find their Christian roots in the compassion of Jesus. In his writing, he states, “Christ was not essentially a teacher, a lawgiver, but a human being, a real human being like us…God did not become an idea, a principle, a program, a universally valid belief, or a law; God became human.” Bonhoeffer preached about the universality of humanity as God’s creation realized in the person of Jesus. He opposed the Nazi idea of a superhuman Arian race, which must be cleansed of all impure human strains, such as the blind, the deaf, the lame and the Jews, all people that Jesus welcomed with love and compassion.

Dietrich Bonhoeffer was imprisoned and executed in 1945 for his resistance to Hitler. He was only thirty-five years old. Bonhoeffer was a common man, and yet his teaching and writings have influenced generations to see the humanity in Jesus, which calls us to use our own humanness to serve God’s love for all people. As Bonhoeffer says, Christ was not concerned with action as universal law, but whether my action now helps my neighbour to be a human being before God.

The ‘Fanfare for the Common Man’ has appealed to people from many walks of life. It affirms the dignity of every human being. One of my favourite versions is an arrangement for organ and percussion instruments. It is performed every New Year’s Eve in St. Bartholomew’s Church in New York City. St. Batholomew’s is a huge Anglican church on Fifth Avenue in Manhattan, which was threatened with closure because its congregation had dwindled. A few years ago, the congregation decided to become a parish for the people in the neighbourhood who needed a caring community. Today it is a thriving parish with programs for social needs, interfaith education and joyful hospitality. It is a Christian community, which looks outside itself to serve God’s people. Every year the congregation listens to the ‘Fanfare for the Common Man’ and is reminded that they are members of God’s common humanity.

In this season of Christmas, many people are compassionate and generous to neighbours in their community. Poverty, hunger and injustice do not take a holiday, and sadly are most keenly experienced at times of seasonal joy. The birth of Jesus gives us hope in the face of hardship and sorrow in the world. The birth of Jesus reminds us that we too are made in God’s image with tremendous potential to carry on the mission of God’s Son. As a child of God, Jesus calls us to be humane and compassionate people, God’s people, not only in this Christmas season, but every ordinary day of our common lives. Amen.